It was the perfect end to a perfect day. It was a beautiful fall evening. The festivities had ended, and I was surrounded by every love of my life. A large group of us were sitting around in a semicircle around the fireplace in a bed and breakfast in Sedona in a post-wedding day stupor – me, my new husband and my dearest childhood friends (who had all flown in specially for the occasion). One of my closest friends–and the one who’d married my husband and I that day–I’d known since the first day of kindergarten.

It didn’t take long before we were laughing boisterously over dinner, singing, reminiscing, and embracing as if we’d all had too much wine (no, just drunk on each other’s company) – as the husbands exchanged looks, confirming, ‘Yup, this happens every time they’re together.’ Although we live nearly a continent apart, the five of us turn into teenagers again each time we are reunited, never skipping a beat in our deep, rich friendships. I didn’t want this night to end, and cried yet again at our parting …

Because these were the girls that saved my life.

Five years ago, I had some personal crisises occur very close to one another, which sent me into an emotional tailspin and deep depression for about a year. I had hit rock bottom about six months in. But as luck would have it, I was headed to visit Rhode Island and embark on the first “girls trip” of its kind. I flew out to the northeast coast, and the five of us flocked as a unit to Martha’s Vineyard. We generated the usual trouble, playing a homemade version of Mad Libs in our hotel room, drinking wine and eating sugar-packed sweets, and singing show tunes – and of course, talking deep into the night as only girls can about our lives, fears, triumphs and tribulations. It was the first time I’d felt alive in months.

But what truly put me back on the track to wellness was not just the camaraderie. One night during our epic trip, I jokingly piled into a small double bed with two of my friends, ready to fall asleep if one of us didn’t fall out first. As the three of us spooned, I sandwiched between two wonderful women I had known since high school and were as close to sisters as I could get, something began to shift inside of me. I felt as if a well I didn’t even realize had been bone dry was filling up – brimming with a kind of love I hadn’t felt in a long time. I could have cried.

It was that 10-minute experience, that physical transference of mutual adoration, acceptance, and positive and supportive energy that I took back with me all the way to Arizona. It made a believer out of me for cuddle therapy (if you’ve never heard of it, I recommend looking into it – here!). From that point on, at first limping, then jogging and finally sprinting toward becoming something of myself again. Six months later I met the man that I would eventually marry. I still believe to this day, being among such amazing women had put me back together again – just in time for that fateful day I met my life mate.

And not surprisingly, science has recently begun to back up the belief that there is a connection between women’s friendships and physical and emotional healing. And oxytocin may be the secret ingredient. 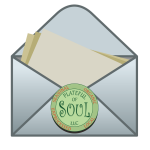 Affectionately known as the “love hormone,” oxytocin is released whenever we have physical contact with another, such when we give or receive hug or a kiss and makes us feel content. It is the antithesis to stress.

One breakthrough study about stress, though, conducted in 2002 by Dr. Shelley Taylor through the UCLA, showed that oxytocin could be the one thing that separates men and women in stressful situations. In men, testosterone blocks oxytocin, which put them into a “fight or flight” mode, whereas women’s oxytocin kicks into high gear. When that happens, women find themselves seeking the comfort of their children’s company, or that of other women. Anthropologically, this would make sense. After all, there is safety in numbers when facing a threat. Women would seek to protect and bond with her young in times of danger, and groups of women could potentially scare off a predator. At least, that’s the theory.

Dr. Taylor refers to this reaction to stress as “tend and befriend.”

Gale Berkowitz, author of the article UCLA Study on Friendship Among Women summarizing the study even dares to indicate that this one differing characteristic could be the secret as to why women live longer. Because having a close support group, especially of women, has been linked to a reduction in risk of developing disease as we age, and surviving illnesses such as cancer (read here). It sounds like a miracle drug, doesn’t it?

According to scientists, having close female companionship can even help lower blood pressure, heart rate, and cholesterol, as well as boost self-esteem and fight depression. In fact the findings of the Nurses’ Health Study from Harvard Medical School that Berkowitz later cites in her article (referenced here), further indicated that “not having close friends or confidants” is as dangerous to your health as being overweight and even smoking.

The link between oxytocin, health and female bonding is so strong, that studies show when just having a female birthing companion (a “doula”) by her side, a woman giving birth is “statistically less likely” to need drugs to dull her labor pains.

“Overall, women who received continuous [female] support were more likely to have spontaneous vaginal births and less likely to have any pain medication, epidurals, negative feelings about childbirth, vacuum or forceps-assisted births, and C-sections,” exclaims the writers for Evidenced Based Birth. “In addition, their labors were shorter by about 40 minutes and their babies were less likely to have low Apgar scores at birth.”

That is pretty powerful. So not only can female companionship help dull emotional pain, but physical pain as well.

What we recognize as female bonding has also been likewise noted in the behavior of orangutans, dolphins, elephants, and even bats. Melanie Greenberg, author of the article “Of Oscars, Orangutans & Oxytocin, Friendship Tales,” she writes that much of these study findings “blows out of the water the theory that female friendship-seeking is unique to large-brained mammals, such as humans, and rooted in exclusivity high-order cortical activity. It appears to be a function, at least partially, of more basic needs.”

Other resources on the science of women’s friendships:

Do you have a girlfriend or a group of girls that is helping to prolong YOUR life? Tell me about them in the comments below, and any funny, beautiful, or amazing stories you have together! I can’t wait to read them.

Need ideas for getting the girls together?